What’s in a name you may ask?  As it turns out, plenty! In the case of Big Loo’s targeting system it goes by many names.  On Big Loo’s helmet, the targeting system is clearly and prominently marked: Scanner Scope.  On the Big Loo giant box, it says: Built in Scanner. So it would seem that we have some agreement here, but not so.  The original instructions included with the robot are considered to be among the most rare written documentation about Big Loo.  It is after all, the holy grail of the Big Loo written word. On page 2 of the instructions at the upper left corner we see: Use the Snooper Scope to aim your weapons. Snooper? I thought it was Scanner! Then there is the 1963 Marx Toy Co. commercial.  At the 29 second mark into this impressive cinematic masterpiece the narrator proudly states: You sight the enemy through Big Loo’s Target Scope!  Talk about confusion, we have Scanner, Snooper and Target but at least they are all a Scope. 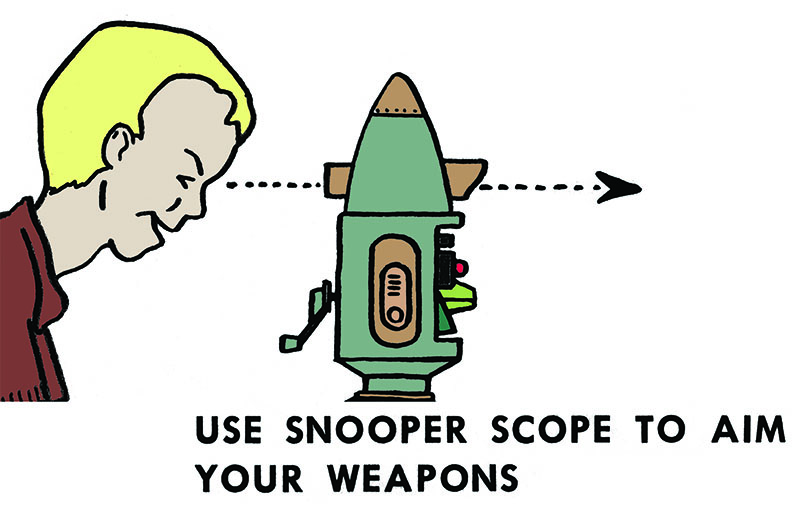 The use of this device is fairly straight forward.  We sight the enemy through the back of the helmet and get a good idea of range and direction to launch our weapons.  It would seem that with all the controversy of one kind or another surrounding many of the Big Loo weapons systems, that other than the 3 different names, things would be straight forward.  But again not so. In fact the Scanner Scope is the most mysterious of all the Big Loo accessory weapons.  And it comes in the form of a small yellow cup. 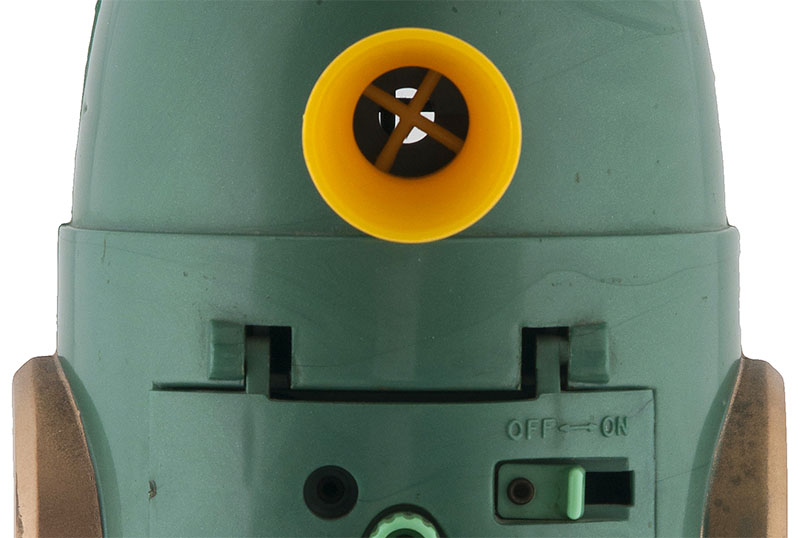 The item known as the Scanner Scope Eyepiece is both controversial and perplexing.  This is because the original instructions never mention it.  And the replacement parts list at the bottom of page 2 do not reference it.  Yet we see this accessory from time to time and it not only allows the user to rotate the Eyepiece cup and utilize its 4 crosshairs for further target sighting but it looks fantastic on the otherwise, mostly green rear helmet.  That yellow color really pops and adds considerably bling to the robot.  Most Big Loo collectors will say that if it wasn’t in the instructions, printed on the box, or appeared in the commercial, that it simply wasn’t ever offered by the Marx Toy Co.  There is no doubt however, that if this was not a Marx part, somebody had a great idea and it’s use gained in popularity.  Detractors will add that the robot head already has a set of cross hairs on the front of the helmet?  However, the yellow eyepiece was fun to dial in the sighting! 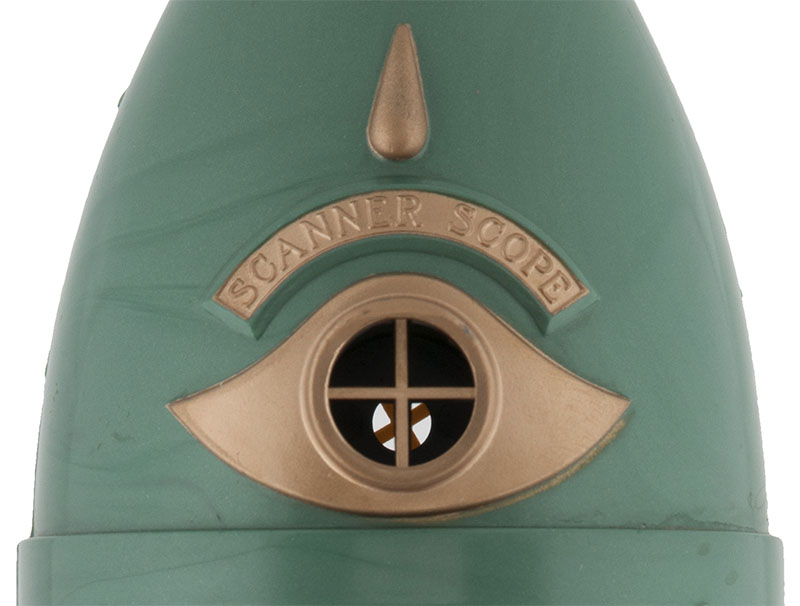 Yet it is entirely possible that a undocumented accessory was distributed for a limited time with the Christmas robot.  This is what make the Scanner Scope so mysterious, a extremely interesting add on that one group of collectors say it always existed and another group defiantly insisting that it is false.