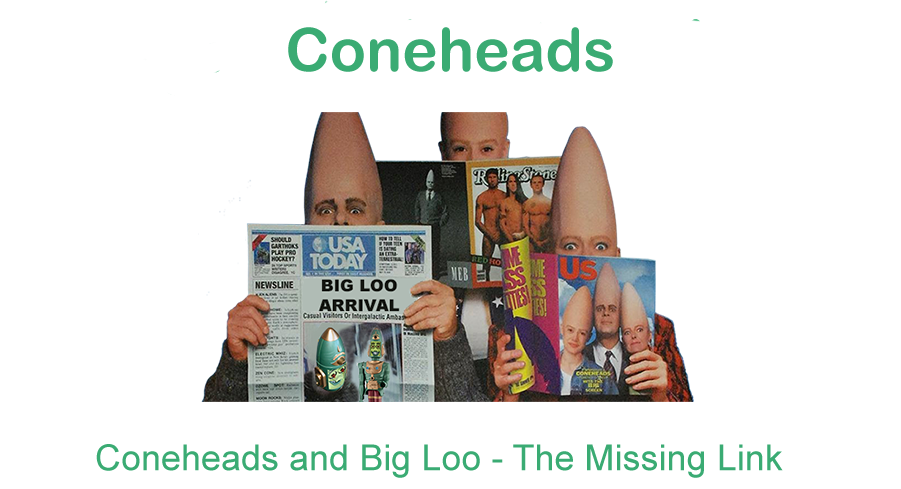 Have you ever noticed the similarity? When Beldar first read that my website had opened, he knew right away that he had found his long lost twin brother. The story is both complex and heart warming. Yes, we are family but things were not quite as simple as that. Below you will find photographic proof of my the story of the missing link. It all started with an appearance on Saturday Night live!  They were short a cast member and asked me to stand in.  That was before the current Beldar took over as head of the family. 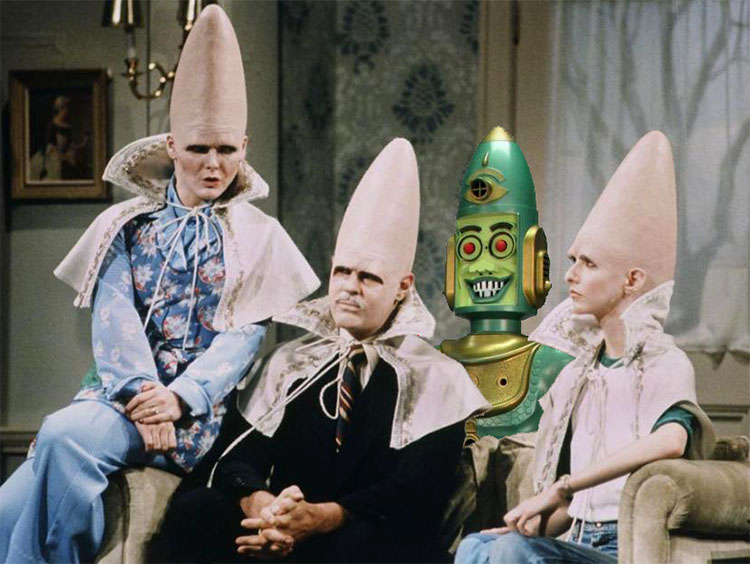 After that, I started to hang out with other family members and all seemed good, except there was talk about my origins from being from the Moon.  Many were unclear that although we shared the same family traits, we obviously hailed from different places. 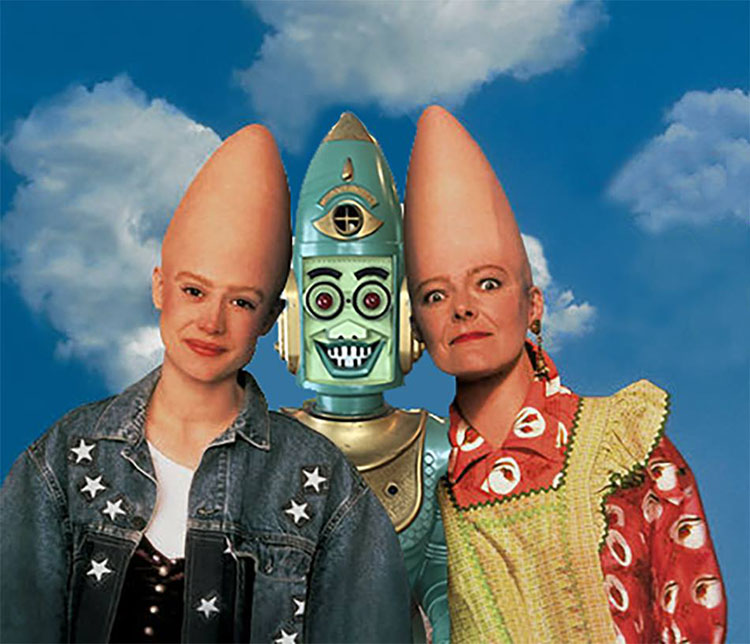 Here’s another shot from Saturday Night when I had gotten tickets to the show and was just standing there when one  of the actors had to leave the shot.  A bathroom break as I remember.  The Directors looked around and saw me and yelled, “Hey you with the bonehead, get in there”.  So I did a stand in shot for 5 minutes. 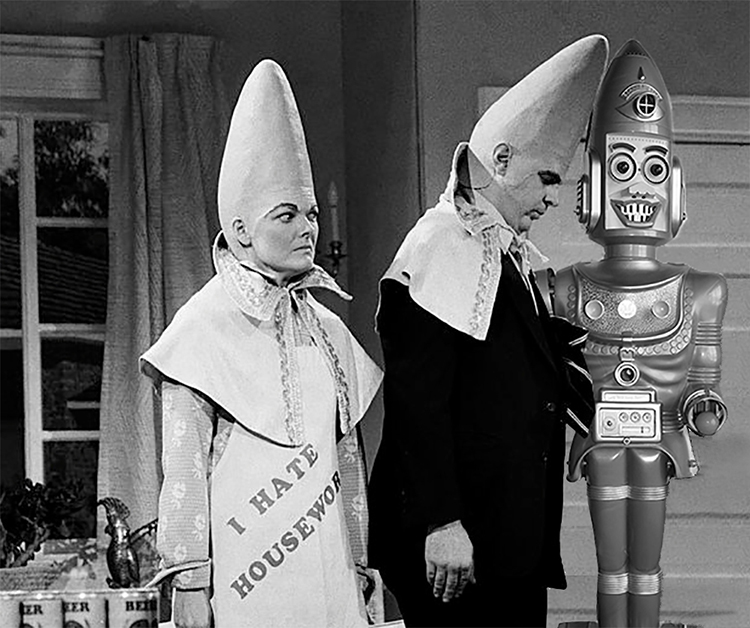 But the biggest achievement as a stand-in Conehead came when I was asked to attend the Playboy magazine cover shoot.  During another needed break, I held the spotlight with this charming lady. 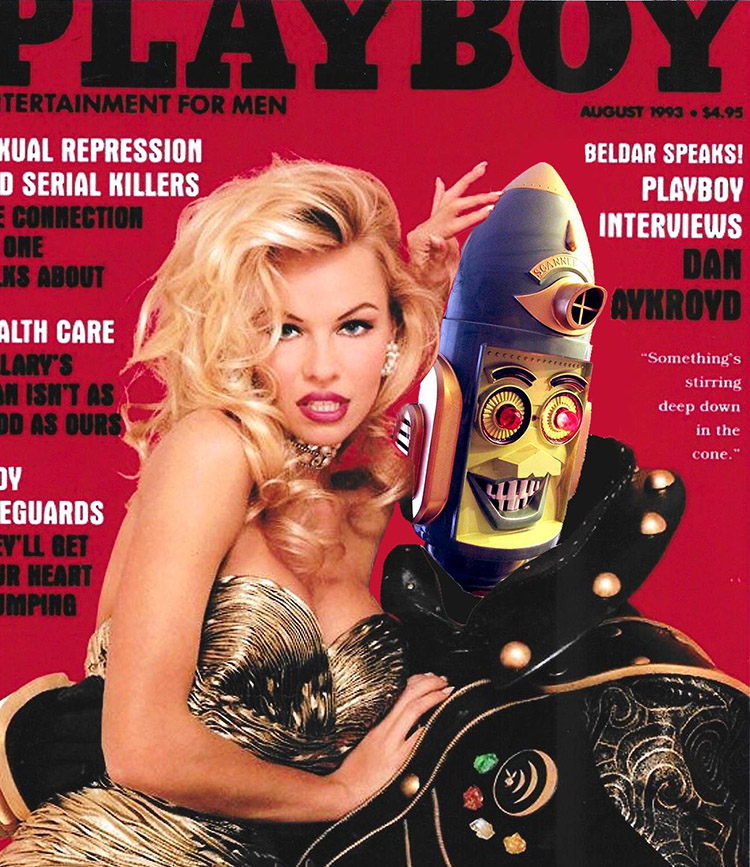 Not the biggest but the most heartfelt advancement of my career was when I successfully lobbied for legislation with a good friend of mine.  Bill 2648A did not pass but was brought before congress to prohibit Robots being forced from the Moon and then forced to be your friend.  I ultimately lost that battle. 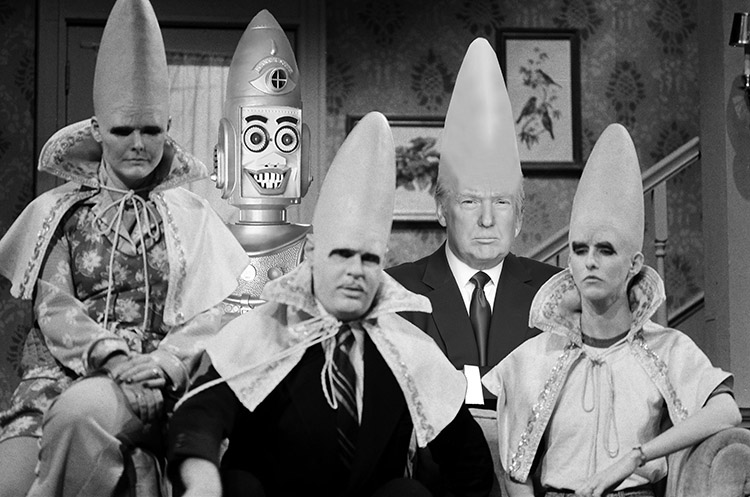