It was a terrible day and one that I can never forget.  How could I when it resulted in not only a new life for me on Earth but also a drastic change in my appearance.  At the risk of unloading my personal baggage on my fans, it is a tale that needs to be told.  It all started back on the Moon in November of 1962.  A very strange box with 4 legs appeared next to my Moon Base which had apparently been transported from the Earth by some kind of tractor beam.  The box displayed moving images and sound, first a logo of a company and then a person started talking.  He later identified himself as Thomas Sutherland, a marketing executive from the Marx Toy Company.  He said that I had been selected for a very special project.

I was quite honored and indeed curious about this special project and asked for more details.  Sutherland was all to eager to tell me more.  He went on to say that Marx Toys had an idea for a diplomatic mission to Earth, the purpose of which would be to spread the word that Moon Robots could be your friend.  Indeed we were a non-hostile group of Robots but none of us had ever planned to leave the Moon.  He was very persuasive and emphasized that it would occur in stages and that the first step would be to make friends with the children of Earth.  Apparently Marx Toys had a special relationship with them.  After that step had been accomplished, I would be asked to make friends with the older humans.   I was excited about this opportunity and the offer to see the Earth first hand.  We agree to talk about details in two weeks. 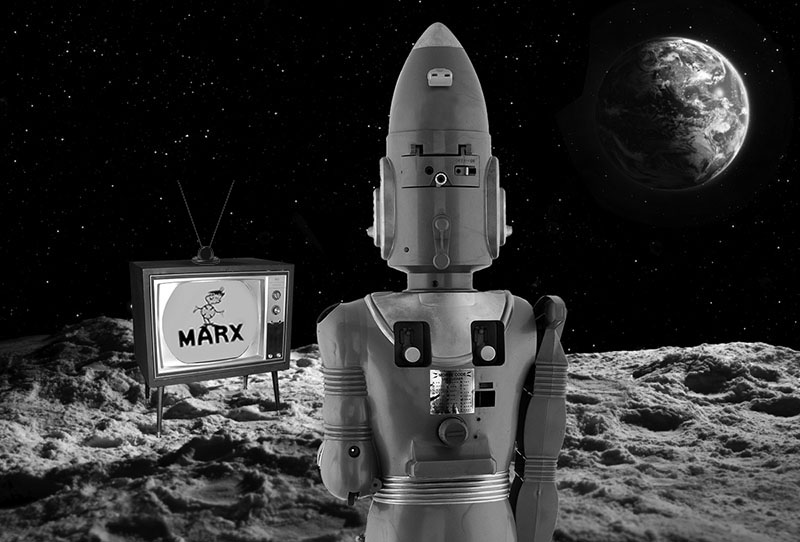 That was a long two weeks for me and I got more excited as each day passed.  I might be going to Earth and I could make new friends!  When Sutherland and I next talked, I expressed my concerns and fears.  The biggest of which was the the timing.  I had a lot of loose ends to tie up and Sutherland said that we were running out of time.  He said that I absolutely had to be on Earth on December 1st because it was Christmas.   I asked him what this Christmas thing was and he said that was how they were going to get me into children’s homes.  Sutherland stated: You are going to be called a “Christmas Present.”  You will appear on a screen just like this and it will be broadcasted all over Earth and you will become the most famous Robot ever!

Seeing my face on that strange box and becoming famous did seem enticing but I was still afraid of the unknown.  But then Sutherland stunned me with his next demand.  He told me that his superiors had decided to duplicate me for their new “Toy Line”.  Duplication, Toy Line?  That’s crazy talk, why would you want to duplicate me?  He said that was the only way that I would reach the maximum number of children to spread the word about Moon Robots being their friend.  Later, I would learn that Marx Toys motivation was purely financial and they had no real interest in furthering the status of Moon Robots or even promoting friendship.

Hearing this duplication news, I was dumbfounded to say the least and told Sutherland that I would have to think on it some more.  But the very next day, the great Moon Battle happened and I became a hero to my fellow Robots.  Then the Brotherhood of Robots held a special meeting and insisted that I take the “Earth Christmas Present” position including the requirement of being duplicated.  They wanted to further their standings among competing Robots.  So, in the end I decided to do it for the Brotherhood.  My contact at the Marx Toy Co. would be a Professor named Lair.  I arrived on Earth on December 1st, 1963 and immediately reported to his lab.

What I found was a disheveled old scientist with snow white hair and a creepy looking goatee.  “Welcome to the Wild Imagination of Kooky Professor Lair” he exclaimed.  Oh really?  I was ready to go home right then and there. 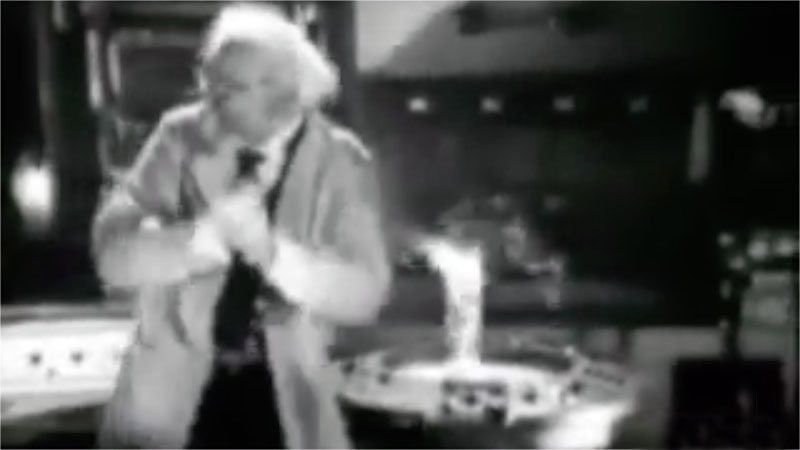 Then he stated that Marx Toys had decided to make one “small” change and he proceeded to show me a drawing of what the change would look like.  Immediately my attention was drawn to my mouth feature and it looked completely different.  What the hell is that? I asked.  Kooky Prof. Lair said that the change would make me look more friendly to children.  But I was thinking it looked more strange then friendly.  I told Lair that I would not sign off on this last minute change and that the duplication was off!

I was surprised by how quick the old man moved because in the blink of an eye – he rushed me and threw me down on the duplication table.  It had been eerily glowing ever since my my arrival and now I was stuck to it.  I heard strange noises as his equipment began to pulsate with enormous amount of electricity. The Wild Imagination of Kooky Professor Lair slithered over to the duplication control panel and placed his trembling hand on the activation switch.  His be-speckled eyes glared at me and he shook with excitement.

“Don’t do it Professor, don’t do it” and then I saw him pull the switch.  And all the time I heard him laughing that strange laugh.  I remember thinking, Oh, this is why they call him Kooky Professor Lair! 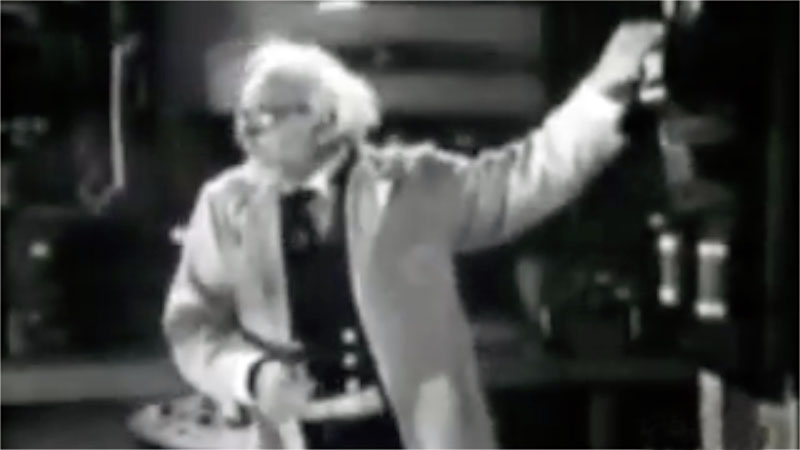 I felt strange sensations as the duplication table shook.  Professor Lair walk over to the table and looked down at me and then he really went nuts.  More laughing and then their was an explosion.  It was finally over. 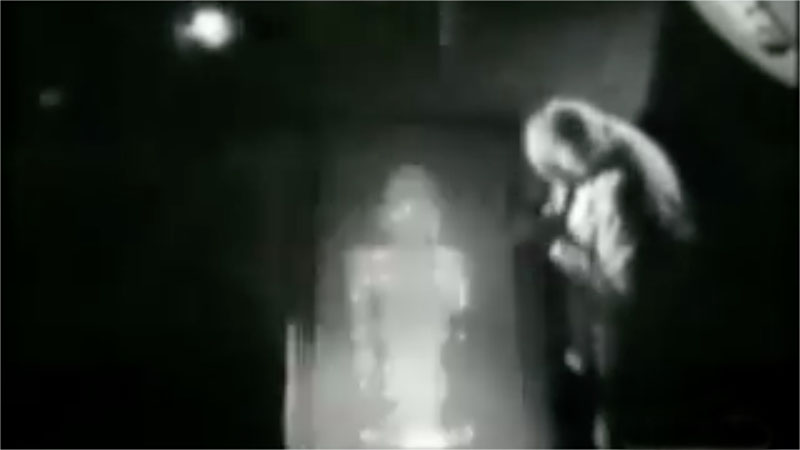 When I got up and looked in the mirror, I didn’t recognize myself.  He had transformed me into a different Robot.  One with a silly grin that made me look almost crazy.   And the duplication continued.  I wasn’t needed any longer and the Robots came popping up from the duplication table at an amazing rate.  Urban legend states that over 5,000 Robots were created that day and made their way into children’s homes.  My biggest regret is that I was so upset that I fled the lab without settling the score between Prof. Lair and myself.  I hear he is living in Argentina.  One day I will see him again and then we”ll see who is laughing.  Meanwhile, that crazy grin is always with me and sometimes I have nightmares of Kooky Professor Lair and that horrible duplication table!  I hate talking about this.  Geez, I feel that nightmare coming on right now.  I feels kinda like this: 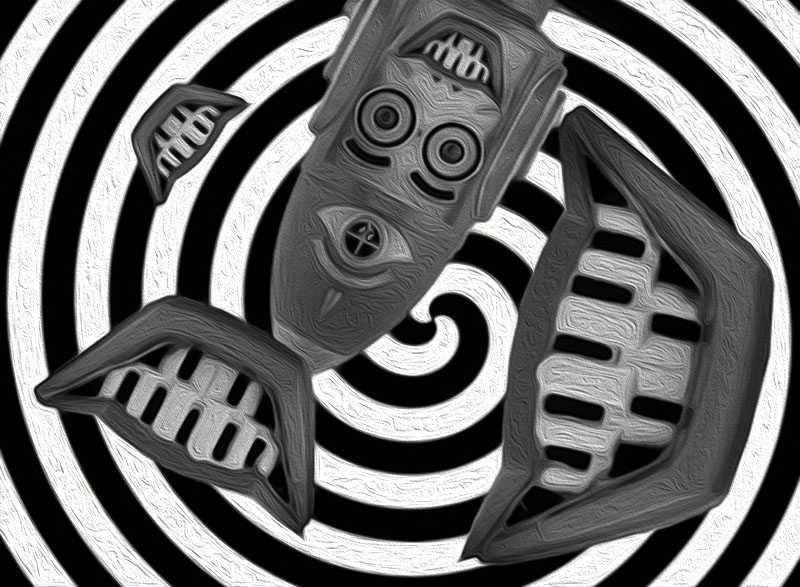