Submitted for your consideration are a set of factory original Space Spheres in the impossible to find Blue Color.  These Space Spheres (AKA: Missile Balls), where in the collection of one of the original designers of the Big Loo Robot who worked at the Erie, Pennsylvania plant during the 1950s and 60’s.  Harry Evanoff logged over 240 hours of design time on the Big Loo Robot.  Soon we will feature a number of articles on Mr. Evanoff’s contributions at our website. 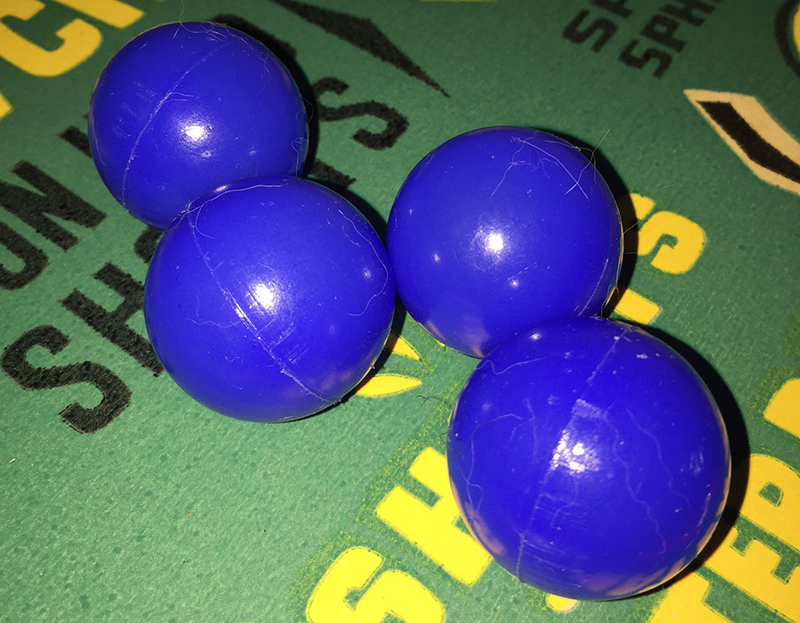 There is considerable debate amongst Big Loo collectors as to what color schemes and accessories in general are correct for the Marx Moon Robot.  Most of us are aware that Space Rocket body colors as well as the rubber tip colors are hotly debated.  Then there is the Scanner Scope eyepiece that produces spirited debates as to if it was EVER issued by Marx.  There is also the light green vs. dark green accessories and the light green faced Robot as well.  We believe that this is an interesting part of our hobby rather than a frustrating irritation.  However, others are so passionate about which items came with Big Loo that they are unmoved when challenged.  Just ask one of those collectors how they feel about the Blue Colored Space Spheres and be prepared for their party line:  If it wasn’t printed on the box or shown in ads or pictured in the instructions that came with the robot, it never existed.  To that end, we present some evidentiary information for you to consider and to allow you to make your own informed decision.  Let their party line criteria be our litmus test as to if Blue Colored Space Spheres are correct for the Big Loo Robot. 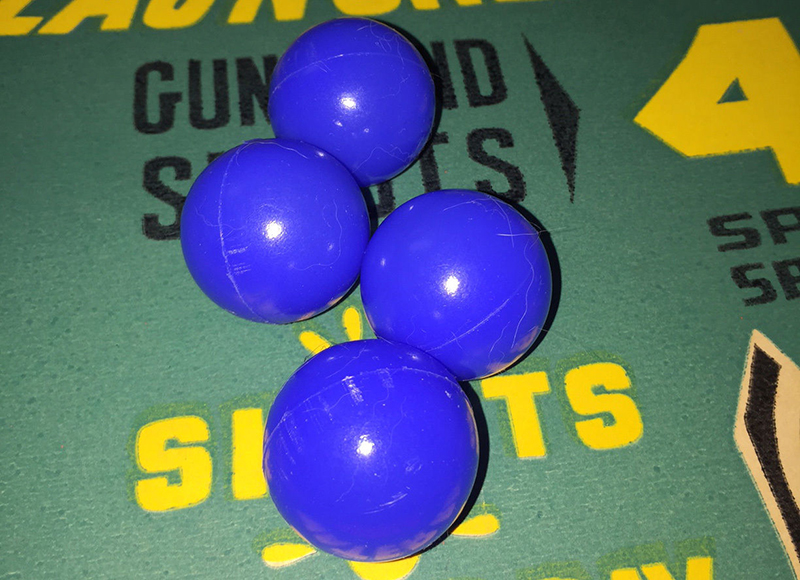 Antidotal is the weakest form of persuasive evidence but important non-the-less.  We have talked with collectors who have made the toy trade show circuit for many years.  They have related that they occasionally spoke with original owners of Big Loo’s that had been in their possession since 1963 and some of them stated that their Robot came with a Space Sphere colors other than red.  Passionate collectors will point out that this it is just hear-say. 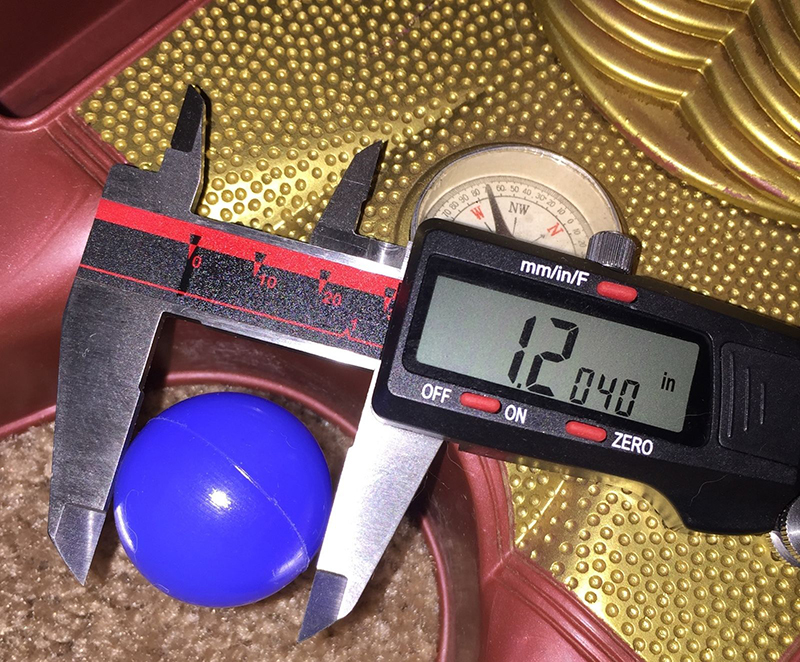 Then we have the box from 1963.  In the picture below we see the red and black Space Spheres graphics on the front of the box!  It is my feeling that the black was intended to be printed in blue but the printing plant just got it wrong.  In any case, we see different colored Spheres right on the box. What’s a boy to think?  That Marx didn’t intend to distribute various colored Spheres?  Why would they put it on the box unless that was their marketing plan?  The distractors would say, well – it just never existed.

We can find many print ads from the 1963 Christmas season that illustrates Big Loo.  The most famous is the Sears Toy Catalog but we can find many newspaper printed ads as well.  Interestingly, they almost always show the prototype Big Loo with the completely different face.  In the Western Auto Stores catalog we see a correctly updated Robot (non-prototype face) and a Blue Space Sphere shooting from his gun barrel arm.  This ad changes the dynamic completely.  Do you see a Blue Space Sphere?

We where excited to make contact with the son of Harry Evanoff via the BigLooRobot website.  His Dad was one of the original Marx Men who worked on Big Loo.  That’s Harry on the far right in the dark shirt.  This photo was taken of the original model makers and artists that worked on the Robot at the Erie, Pennsylvania plant.  Harry had tremendous pride in his work, but unfortunately did not think they did that great of a job with Big Loo.  Too rushed and too little money spent on the design and production.  He especially disliked the brittle plastic that they were forced to use.  Harry believed in keeping everything and so it was not unusual that he brought home the Blue Space Spheres.  Harry has passed away but his work lives on.  Harry was also the main designer of the Marx Big Wheel, one of the most successful toys of the 70s.  Thank you and much respect to you Harry Evanoff, for all your wonderful creations that we still enjoy today!

Below are a few ideas as to how an over-the-top Big Loo display can utilize the blue and red Space Sphere combination.