Of all the Robots’ features, this has to be the most controversial and some say, the most unforunate design choice made by the Marx designers. This article will dissect in detail, the Big Loo Robots’ somewhat odd smile (aka: silly grin).  Examining the prototype which was featured in the 1963 TV commercial, we see the original smile before they radically changed it.  The new look would include a larger more shapely smile and pronounced black outlines around the teeth.  Also the top teeth were extremely elongated and the look is sometimes referred to as “Piano Teeth”.

The face itself also went through a number of other minor changes.  The prototype face was framed with red dimples on each side of the nose as well as an absence of the black rims around each eye.  The image below was taken from the original 1963 instructions which closely resembles the prototype. Here we see the Robot’s unmodified smile including the dimples as well undefined eye rims.  Also missing is the top row of rivets above the eyebrows.  Obviously the instructions were produced at the time of the prototype and before the final design was approved. 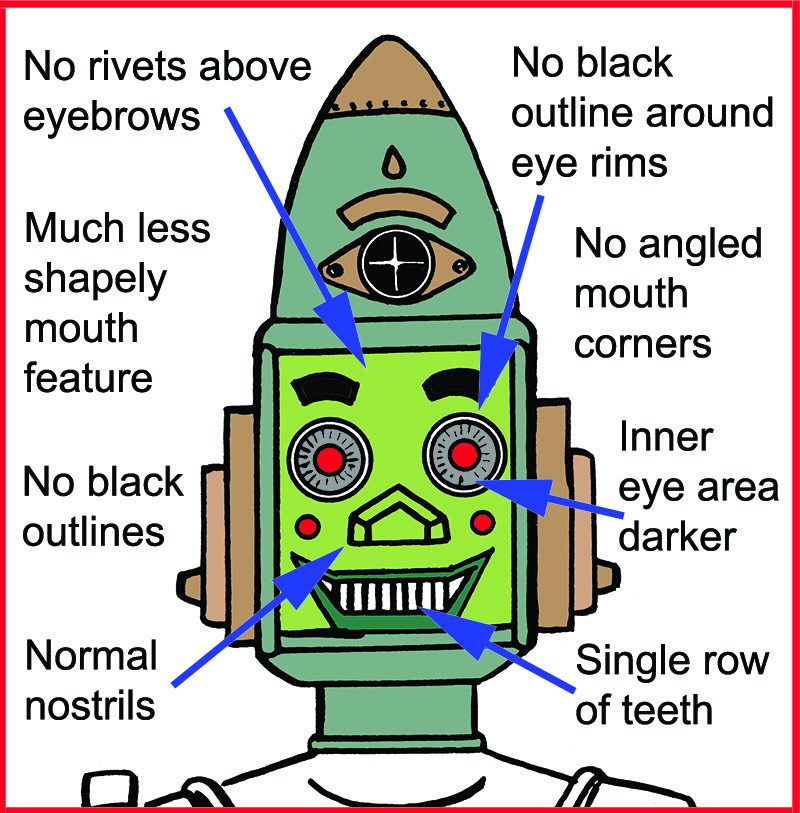 We can only assume that these changes were made to make the Robot look more friendly.  Perhaps the Marx Marketing department wanted to insure that the Robot would never be classified as menacing.  Compared to the prototype smile, their new smile version was over the top in terms of a friendly look.  They were indeed successful but with a downside.

The downside of course, is a rather goofy and an almost disturbingly “bizarre” look.  There is no doubt that the silly grin achieved its goal in regards to projecting a friendly appearance but many are put off by its final appearance.  The bottom line in regards to the silly grin is that you either love it or you hate it.

Below we see an outtake from the TV commercial which clearly shows the smaller smile. If they had kept this design, the Robot’s face would never of been classified as “bizarre” looking.  Also note that there are only a single row of teeth as opposed to the new smile which contained uppers and lowers.  This smile also had a simple treatment around the corners of the mouth. 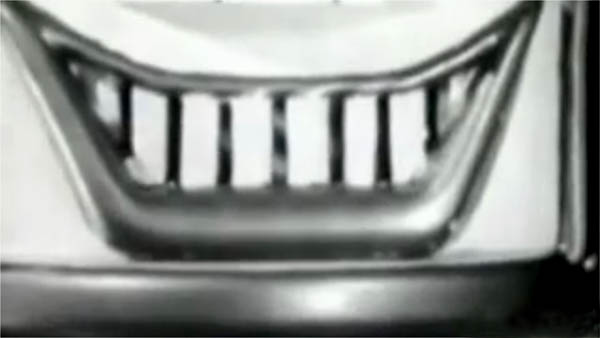 In this next image taken from the commercial we see a great shot of the dimples and non-outlined eye rims. This is the “Batteries are not included” scene and also shows a different and much darker treatment around the red eye bulbs.  In another scene in the commercial, the dimples appear to be missing! 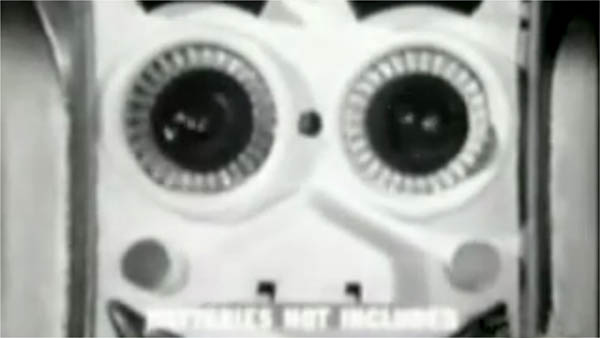 Contrast the above images with the final full color design below. 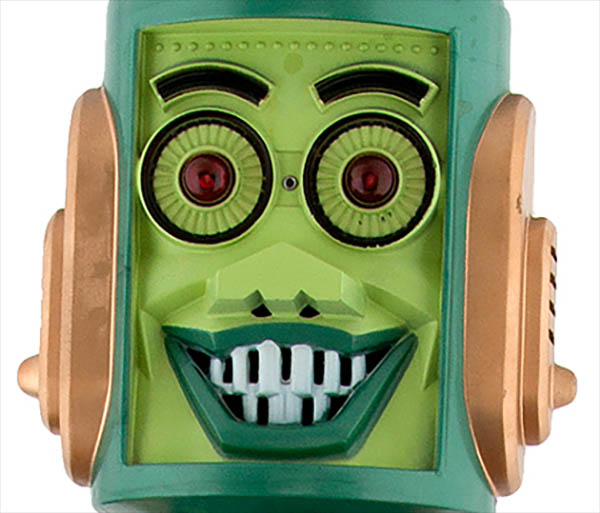 The image below underscores the features of the new smile that would forever link the Robot’s grin into the bizarre category.  The deeply arched corners of the mouth sets the tone.  Then the wacky curved upper lip portrays a silly appearance.  The notched nostrils confirm that there is no intention of reality here.  Finally, the “Piano Teeth” and large black outlines drives home the point that there is no menacing or evil thing about this Robot! 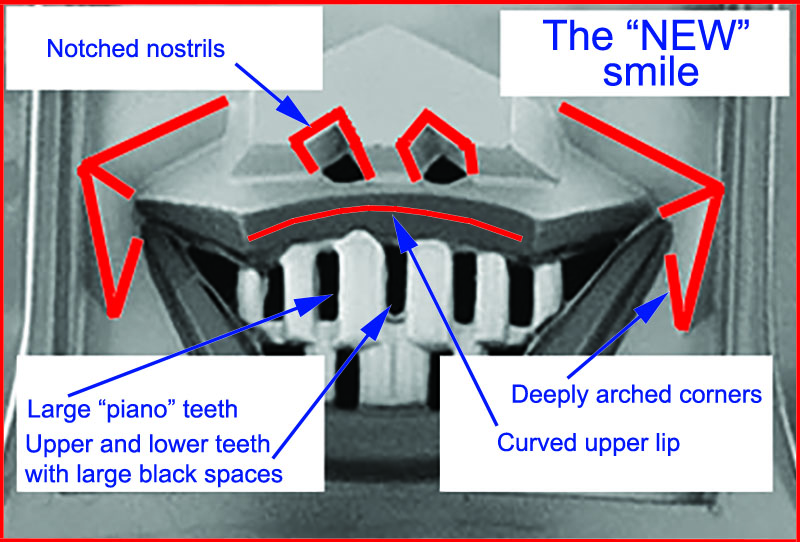 We can also catch glimpses of the original smile and face design in many of the newspaper and catalog ads and even on the box he came in.  These were all in the works before the final design was established.  Below is the image from his big yellow box.  We can clearly see the dimples which were subsequently removed and the less curved smile with the single row of teeth.  They had it right the first time! 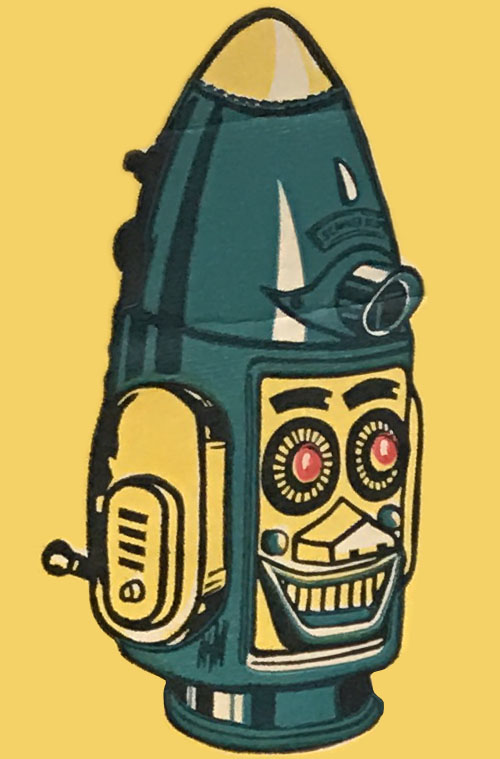 And so ends the saga of the Evolution of the Robot’s Silly Grin!