Colossal Head is a studio album by the rock band Los Lobos.  It was released in 1996 on Warner Bros. Records and features the head of the Big Loo Robot on it’s cover.  A somewhat blurry album title but conveying movement, we see the words: Colossal Head.

The CD jewel case opens to find the CD itself also has a stylized green image and close up of the Robot.  The opposite sleeve insert has a much more recognizable image of Big Loo.

Below we list the track selections as well as Band Members and Production Personnel.

Below is a scan from a full page advertisement that ran in the Billboard Newspaper on March 23, 1996.  The ad emphasizes their 3 Grammy Awards, 2 MTV Awards, Academy Award Nomination and a “nod” from the Rolling Stone Magazine.  It goes on to say in effect, that the band would normally have a colossal head with all those recent accolades.  Are we to believe that Big Loos’ head is really that large and that it is a good representation to reflect someone who is full of themselves?  Or was this just their record labels’ attempt to tie-in and justify the bands pick of using the Big Loo Robots’ image?

We think it’s a very real possibility that one of the band members might have had a very special Christmas present under their tree in 1963.  As we all know, that can instill a life long attachment to our Robot.  We’re not going to know for sure until one of the band members finds this article on a Google search and then adds comment below to solve this mystery. So what’s it going to be boys?  Just who in the band loves Big Loo? Please tell us. 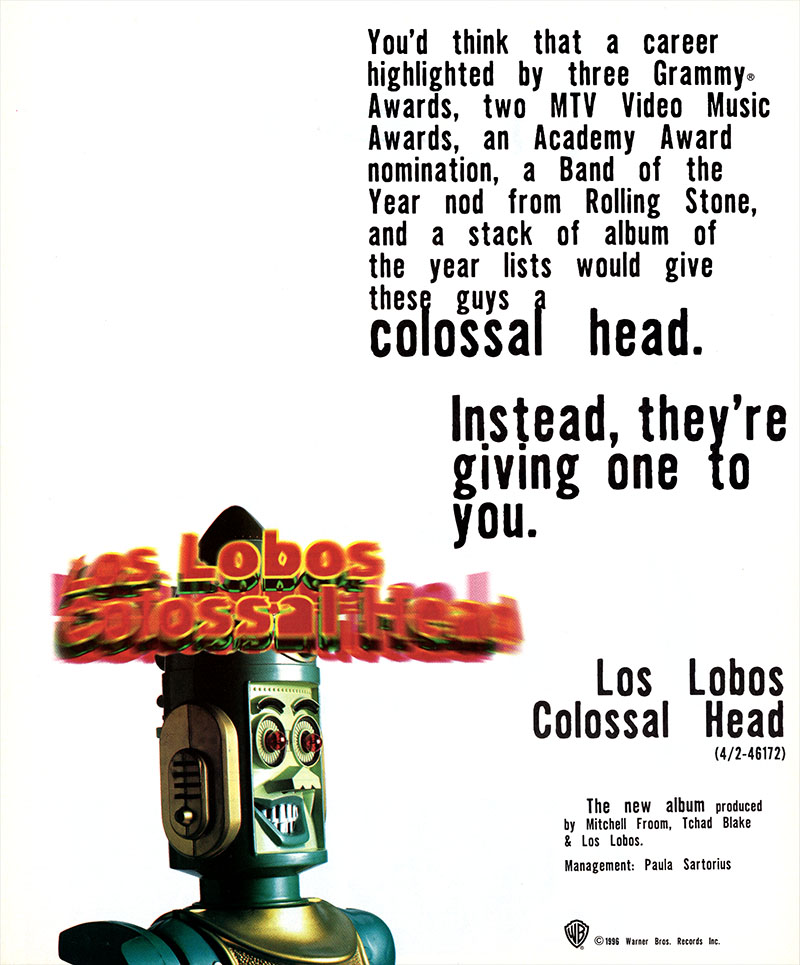